Bob Dylan got the Nobel Prize in the field of?

Bob Dylan is an American singer-songwriter, author and visual artist. Since 1994, Dylan has published eight books of drawings and paintings, and his work has been exhibited in major art galleries. He has sold more than 100 million records, making him one of the best-selling music artists of all time. He has received numerous awards, including the Presidential Medal of Freedom, ten Grammy Awards, a Golden Globe Award and an Academy Award. In 2016, Dylan was awarded the Nobel Prize in Literature “for having created new poetic expressions within the great American song tradition” 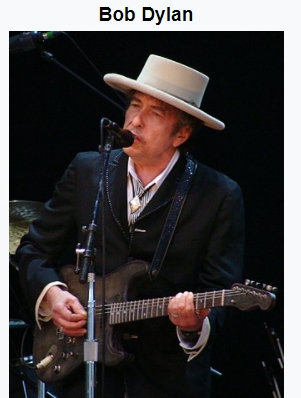 Who was the 16th president of US?

International Children's day is observed on?

What does IWMI stands for

Pakistan China meets with which pass