when did Amir Liaquat die?

Aamir Liaquat Hussain was a Pakistani politician, columnist, television host, and comedian. He was a member of the National Assembly of Pakistan from August 2018 to October 2021, when he resigned from the Pakistan Tehreek-e-Insaf.

He died on 9 June 2022, after he was found unresponsive in his hotel room in Karachi.

Shubhdeep Singh Sidhu was an Indian singer, rapper, actor, and politician. Sidhu moose wala was Born on 11 June 1993 and died on 29 May 2022. So His age was 29 Years. Sidhu Moose Wala is not married. Sidhu moose Wala has a net worth of $ 5 million USD in 2022, which he makes via music videos and corporate partnerships

According to Indian media reports, Musawala had contested the Assembly elections from Mansa on a Congress ticket. He was defeated by Dr. Vijay Singla. He had joined the Congress amidst fanfare. After Congress gave him a ticket from the Mansa Assembly constituency, incumbent Mansa MLA Nazar Singh Manshahiya had revolted from the party saying that he would oppose the candidature of the controversial singer.

Sabir Shakir was associated with ARY for last 17 years. He wrote, “Sovereignty belongs to Allah Almighty alone. Finally, he shared the poems which are as follows. Death is for the motherland, then we will meet again, friends.

When was Shireen Mazari arrested?

Shirin Mazari’s family owns 40,000 kanals of land. The land record was lost in 1972. Former DG Anti-Corruption Punjab Rai Manzoor has dug up a 50-year-old record. The department continued to send summons to Mazari’s family And then Anti-corruption arrested Shirin Mazari on May 21 with the help of police

Age of Imran khan The prime minister of Pakistan?

The Balochistan Liberation Army is a militant organizationbased in Afghanistan. The BLA claimed credit for a series of bombing attacks on Pakistani authorities.The BLA is listed as a terrorist organization by Pakistan, the United Kingdom and the United States.

A woman suicide bomber (Shari balaoch )deadly suicide blast in Karachi killed three Chinese and wounded another. A bomb exploded in front of the Confucius Department of Karachi University at 26 April 2022 02:30 PM. The van caught fire and four people, including the driver of the vehicle, were killed, including three Chinese professors. Police said (BLA) Majeed Brigade also claimed responsibility for the attack and also released a picture of Shari Baloch.Let us tell you that BLA claimed that Shari Baloch had joined Majeed Brigade two years ago.’She wanted to be a martyr‘.

This will be the first World Cup ever to be held in the Arab world.

Who became the President of France in May 2017?

Emmanuel Macron is President of France since 14 May 2017 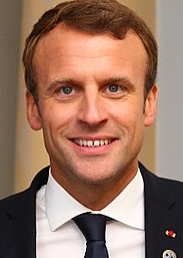