Home » How many parties are in ALL parties hurriyat conference?

How many parties are in ALL parties hurriyat conference?

APHC is an alliance of 26 political, social and religious organizations formed on 9 March 1993, as a united political front to raise the cause of Kashmiri separatism in the Kashmir conflict. Mehmood Ahmed Saghar was the first convener of the APHC-PAK chapter when the alliance was established in 1993. Mirwaiz Umar Farooq is its chairman and in 2009 Mehmood Ahmed Saghar was unanimously elected as convener of APHC in Pakistan, and Ghulam Muhammad Safi was elected as its convener in Pakistan in January 2010. 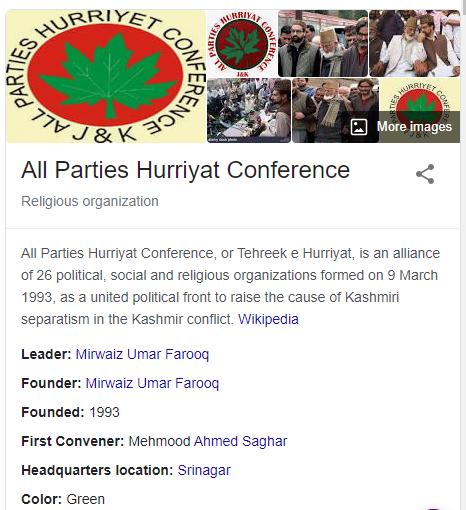